A downloadable game for Windows

✨Support me from Patreon~!!✨

Ive played this a while back but my mind keeps remembering this for the sheer amount of humor packed into the character interactions.

I have some connections with a publisher if you are interested. But by all means, keep working on it. I wanna see what's next for Clair and the boars and the... gerbils (?) hamsters (?) Idk they're just cute.

And here's a gremlin: 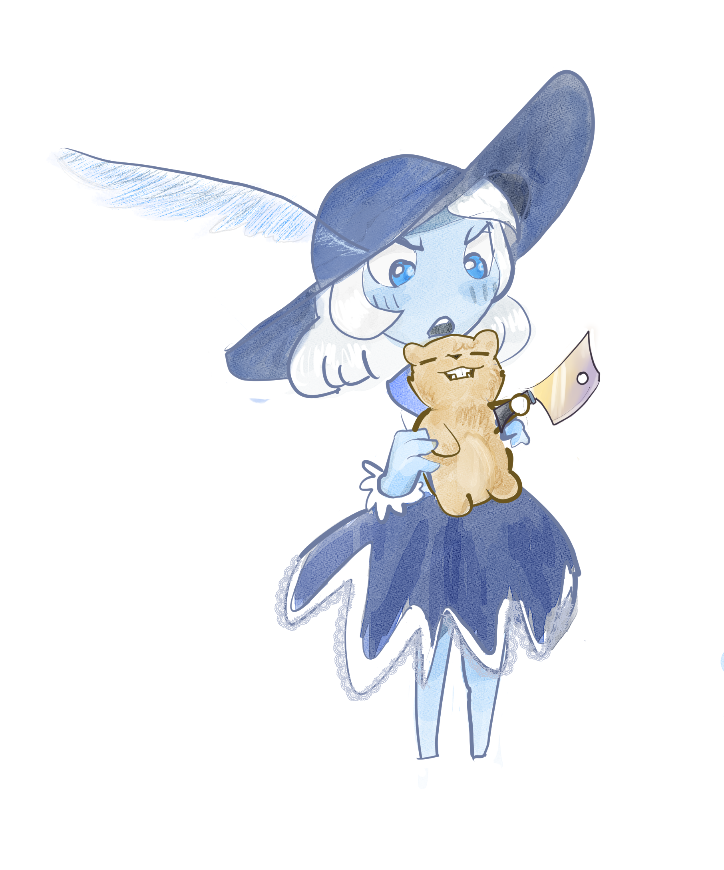 Thank you so much with your awesome reply~!! XD

I'm glad to hear that you enjoyed my game and thank you so much for the cute fan art, it is soooo awesome.

currently I'm not looking for the Publishers right now but I will be glad if more peoples able to find my game.

Thank you so much to play my game and I hope you have a great day~!!

The story and characters are very interesting.
The art and general aesthetic is  incredibly charming.

The gameplay is good, learning to read enemy patterns is fun and all, but movement (in battle) can feel a little unresponsive, especially since you can't move for quite a bit after attacking and there's no real way to tell when pressing left/right will have any effect, so I end up mashing a button to move (though I've realized now holding it is an option as well, but still not very elegant). This is by no means professional advice, but I feel like the 3 boxes below the player could make for an easy communication shorthand. Making them a little darker when you can't move and highlighting the one you're currently bound to may make it a lot easier to read and could probably be understood with zero explanation.

I'm glad that you enjoyed XD

this game seems really fun, and i might just be bad at video games, but the battles seem a bit frustrating to me, like I'm not understanding the timing of attacks, i wish the games was just a little easier like making the timing for parries being a little more forgiving or make it so the parry window is more clear instead of just having to guess the timing.

Thank you so much to pay attention to my game.

there is a difficulty option is exist on option but it's still in testing.

Since the games battle system is so unique, I'm having a trouble to balance the game right now.

I'm thinking about the way to tell the parry timing and make it more friendly but challenging.

I will see what I can do about it.

Once again Thank you for pay attention and I hope you have a great day~!!

maybe you could add a glint of light from the enemy right before an attack so players can tell when to parry. I also had trouble telling when an enemy was about to attack, so this could also help with that.

Is native Linux version dropped? Steam demo runs through Proton just fine, but I am curious, because I haven't found mentions of deleting it in devlog

Thank you for paying attention to my game, I mentions about Linux version removing from "Demo Update 1.2.8".

Currently there is a porting issue that cause many problems so I decide to remove it.

I'm keep looking for the solution right now and I will announce it when it's able to play it on linux again.

Thank you for paying attention on my game and I hope you have a great day.

nice game, i will waiting for the full version

Thank you so much~!! I'm glad that you enjoyed XD

I love this. I believe this has very big potential.

It would be great if you could add a button table for more controller types though (xbox, ps, Nintendo).

And I feel like the parry is a bit useless, might just be that my pc is slow though.

I'm glad that you enjoyed.

Xbox one controller should be supported already and other controllers are on testing right now.

the purpose of parry is,

After the successful parry you can get the extra damage, high risk and high return.

But the game system is quite unique so it needs more multiple testing results to do balance patch.

I wish you to rate the game and  recommend the game if you can, so many more peoples are able to find it XD !!

Once again thank you so much to pay attention to my game and I hope yo have a great day~!!

Thank you so much XD

Well. This game works better via WINE than the native Linux version, though it will take continuous testing to ensure it stays that way.

I progressed a while and found no major issues, but that snake boss is way too hard and I couldn't get past it.

Thank you for trying my game again and sharing your opinion with me.

Without your help it's quite hard to notice the problems about Linux version.

With the Snake boss fight, I wonder have you tried to equip and use the Rings before the boss battle.

If you do, I've already considered some of ways to nurf the boss, such as

If there is any other ideas you have, I like to hear about it.

Once again thank you for paying attention on my game and I hope you have a great day.

Your game crashes on startup after pressing "New game" on linux

Thank you so much for the reply, what kind of linux version are you using?

i think its because there are asset files missing, but im not sure

I'm checking it right now. I will tell you when it's done.

ok I fixed something, try to download the new version of file and play it.

Can we have both Linux and Mac ports too?

Thank you for paying attention and asking, I really wish to create the Mac and Linux version of the game so more peoples can enjoy.

But currently I don't have a PC with Mac or Linux OS and I need one for porting & testing the game.

As far as I know, Gamemaker won't allow you to create the other OS version if you don't have a PC with does OS.

So I'm trying to looking for the Virtual Machine that helps me to support Mac and Linux users right now. so I don't have to pay extra money for porting.

I will upload does versions of game as soon as I can when I figure it out how to do it.

I'm truly sorry that I can't give you the satisfying answer right now.

I'll be waiting with anticipation. :'}

Thank you so much, I hope you have a great day.

but it's kinda test version and I only tested it short time. might have an issue with performance and etc.

Thanks I'll try it out!

Works well on odin to

Thank you for the reply!! I hope you enjoy my game ♥

Thank you so much with your Awesome reply!! XD

I'm glad that you were enjoyed!!

How did you come up with the combat system? I haven't seen anything quite like it before and I love it!

Thank you so much with your Awesome comment XD

I want to create something simple but requires physical and challengeable.

Based on "Megaman Battle Network" style, mixed it with "Dark souls" combat system, maybe you can call it as "Punch-out style". that's how I invent this combat system.

So much fun game and funny one

Thank you so much with your Awesome comments XD

I'm Glad that you enjoyed!! 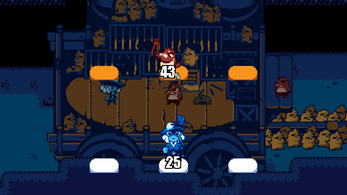 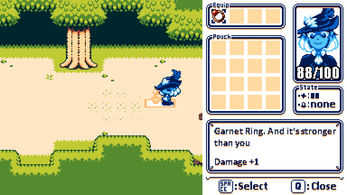 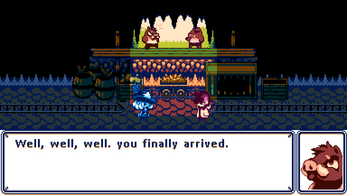 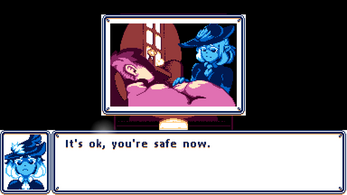 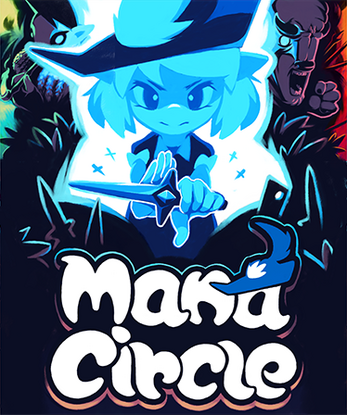